We got this playground set when Isabel was a baby – maybe a year old? Rene put it together {basically} himself. When we put the pool in last year, the playground got moved to the corner of the yard, behind our mango and tamarind trees. I kinda like it better that way. I think the kids do, too. Maybe it’s because a playground buried behind the trees is more adventurous. Probably, it’s because they no longer frequent Ryan’s preschool playground. Their elementary school has no swings.

Whatever the reason, they have been using the playground often these past few months. I took these photos of them because I wanted to practice using my new reflector. I knew the kids were good for some smiles, once they were on swings. That was the easy part. But can I tell you? It is NOT easy to try to hold a 54″ reflector while NOT getting hit with a swing and taking a photo! These photos are unedited, except for some cropping. Because correctly framing a shot was just too much to ask of myself; apparently.

P.S. I did not ask Ryan to pose like that. He spontaneously busted that move. Not this picture. You’ll know it when you see it. 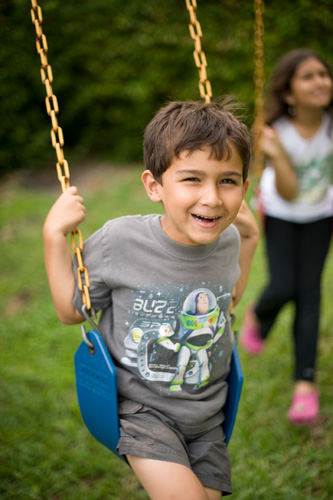 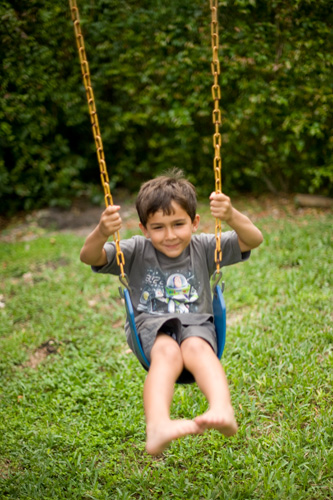 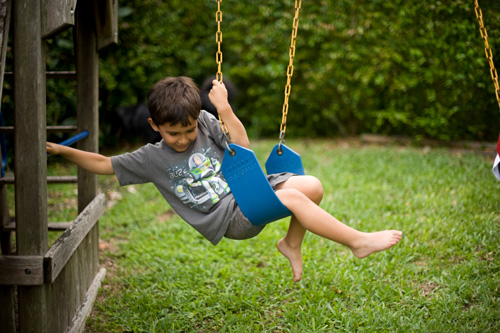 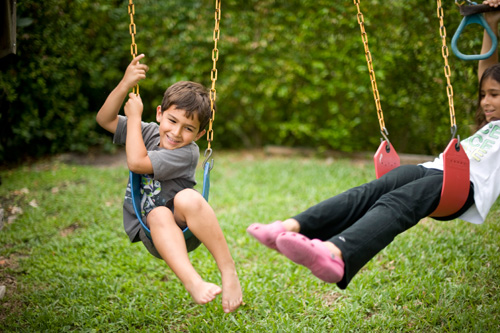 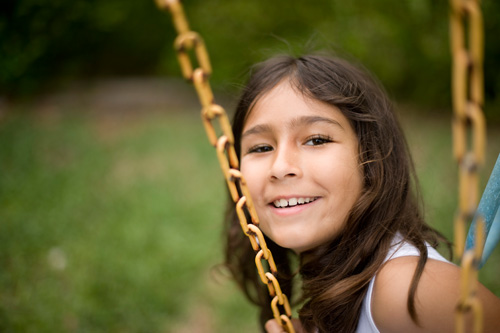 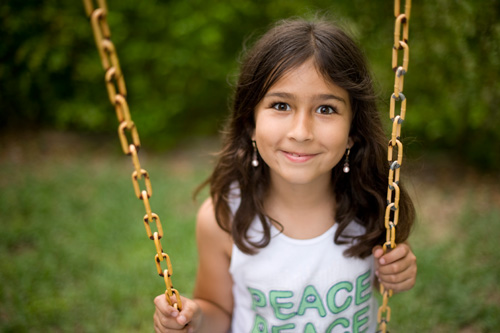 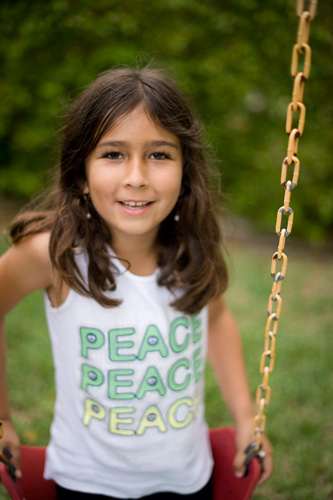 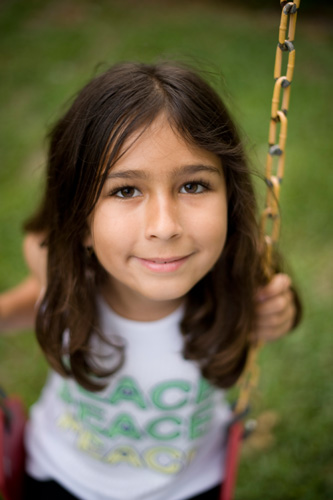 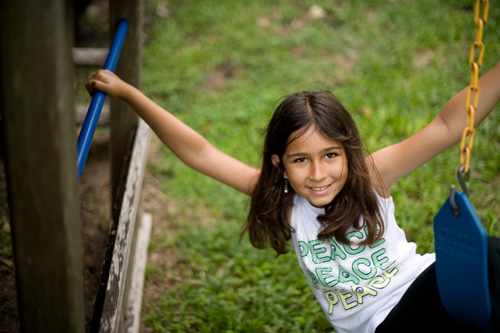 I know this one is out of focus, but I kinda love it anyway: 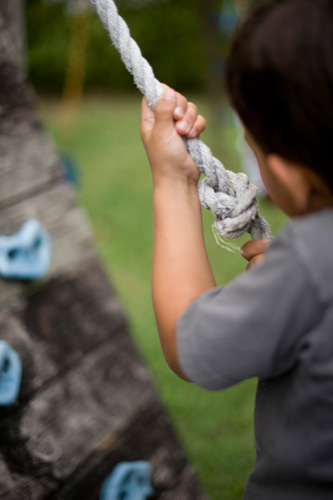 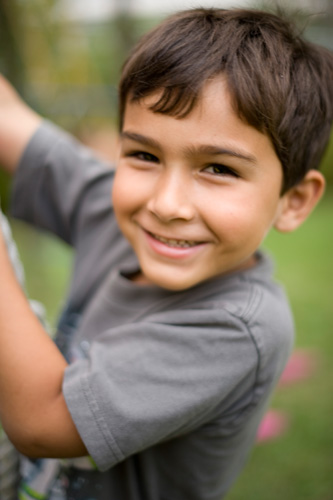 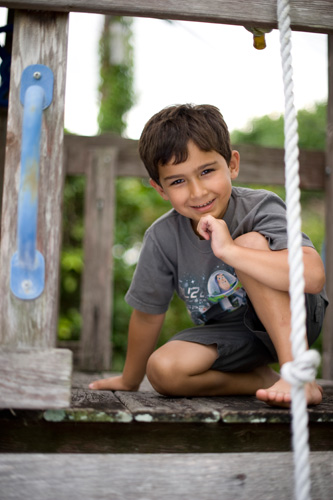 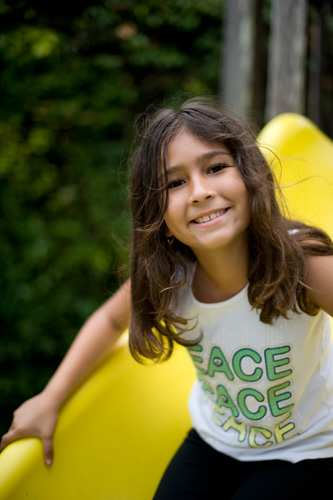